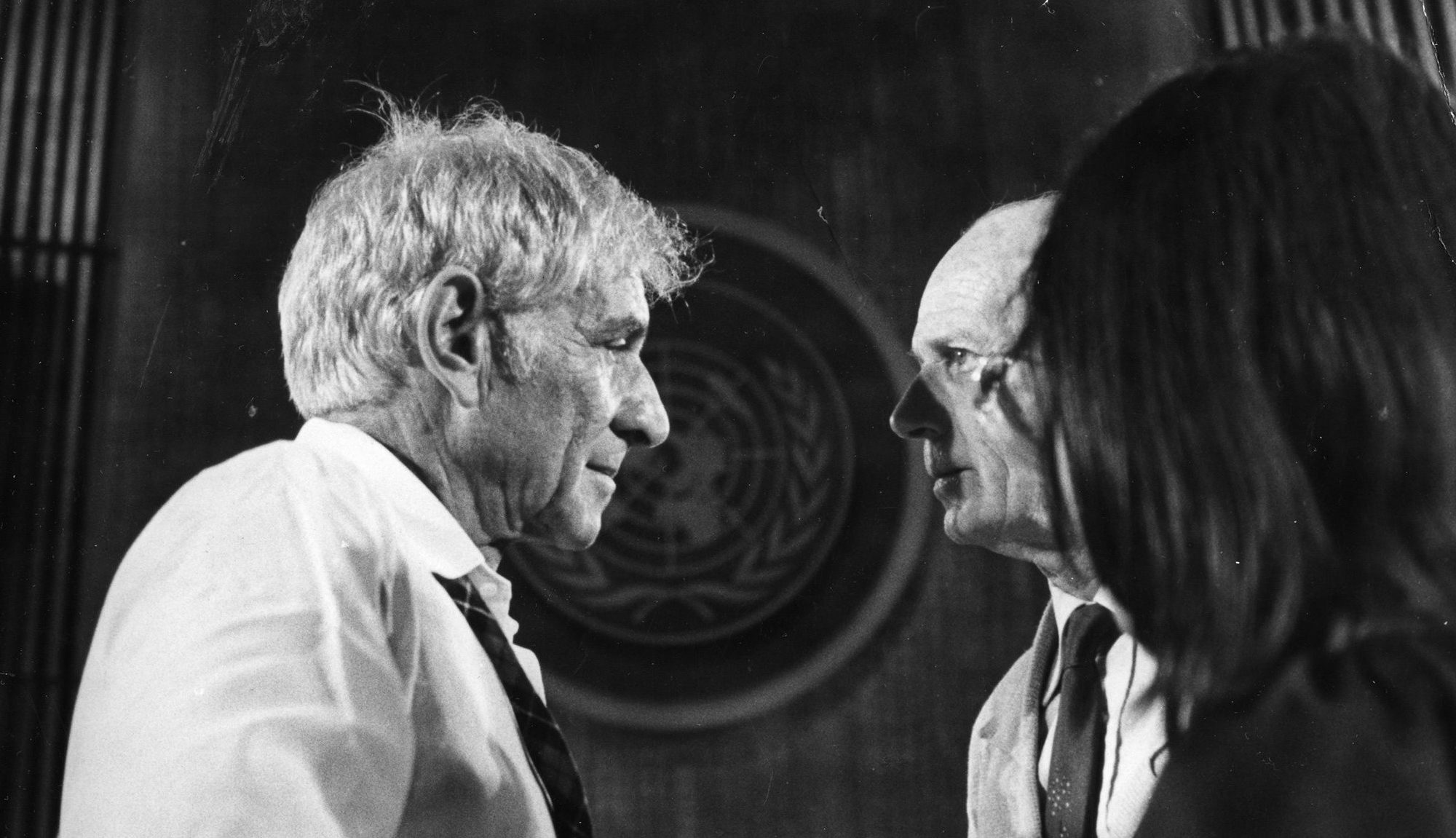 The “Pioneer” Philharmonic Orchestra was founded in 1952 by the famous Bulgarian conductor professor Vladi Simeonov. The orchestra comprised young and talented Bulgarian children between the age of 9 and 18. It was the first and only youth orchestra in the world at that time.

The first public appearance of the orchestra took place in Sofia in 1954. The first international appearance was in Moscow in 1957 at the VIth World Youth Festival.

The name “Pioneer” was given to the orchestra by the Italian music society after the brilliant concerts held in Italy, as the first orchestra of its kind.

Maestro Vladi Simeonov and the “Pioneer” Philharmonic Orchestra won the respect and admiration of two of the most famous conductors of our time – Herbert von Karajan and Leonard Bernstein. The “Pioneer” Philharmonic Orchestra is the winner of the Extraordinary Prize of “Herbert von Karajan” competition in 1974 in West Berlin, Honorary Diploma for exceptional artistic achievements and Golden medal. Before the concerts in the United Nations’ Hall in 1979 while listening to the orchestra, Leonard Bernstein expressed the desire to conduct it. After conducting a rehearsal with the orchestra Leonard Bernstein wrote: “This is not a Pioneer orchestra – this is the height of civilisation”.

The concerts of the orchestra were broadcasted and recorded by numerous foreign radio and television channels. 48 National televisions purchased the rights the rights for casting the concerts in the United Nations’ Hall and the rehearsal with Leonard Bernstein. The world musical critic describes Maestro Simeonov as “a phenomenal conductor, who creates miracles with his magical baton” and defines the orchestra as a “miracle”.

R. di Banfield, a member of the International Jury of the “Herbert von Karajan” competition wrote: “Together with my colleagues …. I was stunned ……. a nation having such youth can only have great future.”

Prof. Alendorf, Chairman of the “Karajan” Foundation said: “I find this orchestra extraordinary and phenomenal …. It should be an example for entire musical and pedagogical education!”

R. Swartz, conductor of the BBC Symphony Orchestra: There is only one category the Pioneer Symphony Orchetra – superb! The orchestra should travel around the world so as to show what they can do.”

The Secretary General of the International Festival on Aberdeen, Scotland exclaimed: “We are proud with this orchestra! Bulgaria is happy to have it!”

After the death of prof. Vladi Simeonov in 1990 the conductors of the orchestra were Maestro Georgi Dimitrov, Maestro Konstantin Patronev and Maestro Grigor Palikarov.

The orchestra stopped its activities in 2003.

With the intention to restore the glory of the orchestra in November 2006 a few of its former musicians created the “Prof. Vladi Simeonov” Foundation. The aim of the foundation is to keep alive the memory of Maestro Vladi Simeonov and to support in their development young people who show talent.

After a 5 year interruption the “Pioneer” Philharmonic Orchestra was re-established in 2008.

In the effort to bring the orchestra back on the world’s stages, the “Prof. Vladi Simeonov” Foundation makes its best to attract young and talented musicians and ensure enough concert activity. The Foundation enjoys the support of the Director National Palace of Children and financial donors.

During 2008-2009 conductor of the orchestra was Maestro Boris Spassov, conductor at the Sofia Opera and Ballet.

Since 2010 Conductor of the Pioneer Philharmonic Orchestra is the young and talented Bulgarian musician, conductor and composer Maestro Lybomir Denev Junior.

Presently the orchestra performs annual concerts in the framework of the festival “Sofia Music Weeks”. Several successive years the orchestra has participated in the Festival “Varna Summer” with its own concerts and also as the bulk of the Balkan Symphony Orchestra created with the support of the “Prof. Vladi Simeonov” Foundation, which includes young musicians from Bulgaria, Serbia, North Macedonia and Greece.

On 27th August 2016 the “Pionner” Philharmonic Orchestra performed with great success a concert in Konzerthaus on Gendarmenmarkt in Berlin in the framework of the Festival Young Euro Classic. The organizers have selected 5 out of the 21 concerts of the Festival which were recorded by Deutschlandradio Kultur.

On 30th August 2016 г. at 8 p.m. the Deutschlandradio Kultur presented a long and impressive broadcast about the concert of the “Pionner” Philharmonic Orchestra.

The “Pionner” Philharmonic Orchestra was awarded with the prize “Crystal Lira” in the category “Orchestras” for 2016. This prize is annually awarded in different categories by the Union of the Bulgarian Musicians and Dancers.

On June 30th 2018 the “Pioneer Philharmonic Orchestra performed in a concert in Sofia together with the Royal Concertgebouw Orchestra in the framework of the “Side by side” initiative.